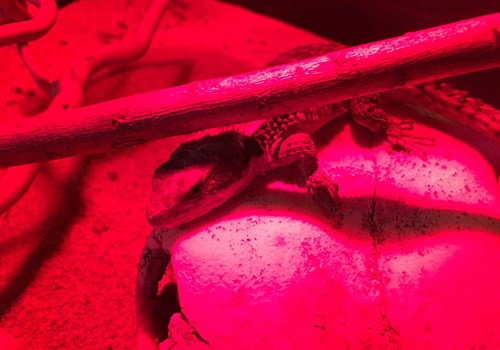 If cornered by a predator, they will wedge into a crack or crevice and inflate themselves so they cannot be pulled out.

The Dwarf Sungazer Cordylus tropidosternum is also known as the East African Spiny-Tailed Lizard, and is generally dark brown in colour, with lighter creamy stripes. They also have distinctive black stripes running from the ear to the shoulder.

They earned their name Sungazer due to their habit of looking up at the sun while basking in the morning in order to gain body heat, as is common with most reptiles.

They like to have numerous hiding spots, and will have many crevices and burrows to hide in should they become stressed, or are threatened by a predator.