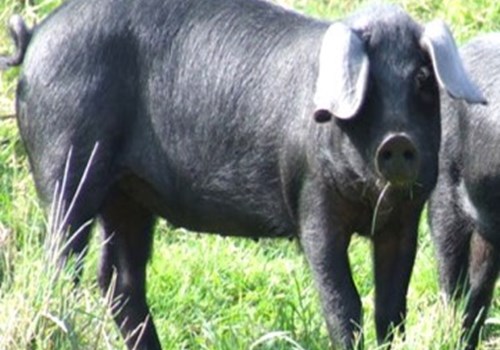 They are easily recognised by their huge ears which hang down over their face and eyes. This is primarily to protect the eyes while the pigs root through the dirt looking for food, as the Large Black is an extensive forager.

All about Large Black

Large Blacks Sus scrofa domesticus are a rare breed of domestic pig originating from interbreeding between Devon Black pigs and Cornwall Black pigs. The breed was very popular in the early 1900s, but following the Second World War numbers declined rapidly until the 1960s, with the breed almost becoming extinct. Numbers are slowly rising once again, but they are still classified as Vulnerable by the Rare Breeds Survival Trust.