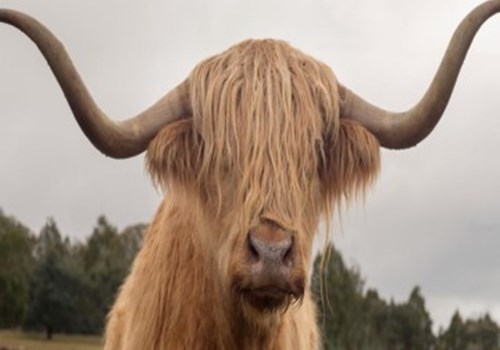 They actually have 2 coats of hair, a downy undercoat for warmth, and the long oily outer hair they are well known for- this is what keeps them warm during the winter months!

All about Highland Cattle

Highland Cattle Bos taurus are a much hardier breed than other cattle, as they were bred to survive and thrive in the Scottish Highlands, which they can even overwinter in, despite the very cold climate. They have even been described to be as cold tolerant as reindeer and caribou! Due to this they are widespread around the world, and can even be found in regions as cold as Norway and Northern Canada!

They have a very docile temperament and have been traditionally used as a house cow. Their milk has a very high butterfat content, but their meat is the most popular reason they are raised, as it is very highly regarded as it is very lean and lower in cholesterol than other grades of beef.